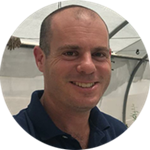 Going Local - the Impact of Covid19 on Food Security

The whole world has come together to fight the challenging threat called covid19, but at the same time there's also a growing concern regarding the current and future availability of food. The food import-export industry has been flourishing until now, with almost all countries dependent on certain imported supplies. With borders being sealed and transportation of goods becoming increasingly difficult, the picture has changed in the past few months, and so has the mindset.

How do we ensure food security?

With Vietnam, India and other countries announcing the suspension of all exports to ensure their own food security, countries around the world have begun to realize that they cannot be dependent on the import of basic food crops, and that local food production is critical for the stability of their food system.

Local food is not a new concept. In fact, the trend for ‘eating local’ has been on the rise for quite some time now. Many have voted in favor of local production as a measure to support local farmers, improve the local economy, secure the health of the population and the environment, and develop more resilient food networks. However, post the unfortunate Corona crisis, an all-new dimension has been added to this debate, making local food production a clear winner. The need to grow local is not just a trend anymore, but an existential necessity.

Local is the answer - what’s the question?

The question involves the most basic natural resource, water. Most governments across the world have been ignoring the development of a local food production infrastructure till now. This was due to several reasons such as the cost of land, expensive labor etc. One of the biggest obstacles by far has been the availability, usage and distribution of water for irrigation.

Growing food locally requires having enough water, and an efficient water distribution infrastructure. The management and mismanagement of water is a critical factor in a country’s ability to sustain food security through challenging times. Countries across the globe are learning this lesson the hard way.

This season, droughts in Brazil reduced their overall soybean production to under 3 million metric tons, the lowest yield in eight years and 40% less than last year.

Thailand is also facing its worst water shortage in 40 years, causing huge damage to the agricultural sector, particularly impacting Thailand’s main crops of sugar, rubber and rice. Based on the Bank of Ayudhya’s Krungsri Research, Thailand will suffer a further  loss of 46 billion Thai Baht ($1.5 billion) due to the 2020 drought.

Sometimes we can’t even blame extreme weather for lack of water.  In the past two years, Australia has been importing around 95% of its rice because water that was allocated to farming was sold to the highest bidders. The result? Australia now risks a shortage of rice and other staples during the Coronavirus pandemic and its food security is threatened by its mismanagement of water.

Micro-irrigation has long ago been proven to be very successful with a wide range of agricultural crops. Then, what about one of the most basic food staples worldwide -  rice?

Rice is considered a staple in most countries; one fifth of the world's population depends on rice as food for its basic existence. Rice also consumes a great deal of water when grown using traditional farming techniques - between 34-43% of the world’s irrigation water.

In the last decade, Netafim and several other research bodies have thoroughly invested in R&D to find the best solution for growing rice with drip irrigation instead of traditional paddy fields. 15 years of trials in India, Turkey, China, Italy and Spain have shown great results. Precision irrigation has resulted in a 60% reduction of water consumption and 30% of fertilizer for equivalent or higher yield levels. By precisely targeting irrigation there is far less evaporation, run-off and leaching. Finally, drip is a much less polluting way of growing rice with a drastic reduction in methane emissions.

Netafim alone has established over 1000ha of water-saving rice in Turkey and India, including on sloped land that was previously considered not suitable for rice cultivation.

While the benefit is clear there is a huge challenge to overcome since 90% of the rice in the world is grown by smallholders. These farmers are rooted in traditional ways of farming and lack resources to invest in drip irrigation. Changing a 5000-years-old culture of growing rice in a paddy field is a challenging mission that requires the intervention and guiding hand of governments.

The Cambodian government, for example, has recently announced that it will invest more resources and effort to develop irrigation systems and water storage infrastructure in order to strengthen water management, and mitigate the effects of droughts and floods. They need to safeguard more than 3.2 million hectares of rice fields.  Other governments are making this transition by offering subsidies and leading community irrigation projects that will make it economically feasible to carry out comprehensive and large-scale infrastructure projects.

Local production made possible through precision irrigation - what’s next?

Not every crop will be able to be grown anywhere. We will not be able to create complete self-sufficiency for all food types and for all of the world's nations, nor is that the goal. Going local is about creating reasonable self-sufficiency for the basic food basket.   Many of our staple foods can grow in a large variety of places and climates and in many cases, what prevents local production is the lack of water infrastructure or the misuse of water. Corn, soybean, rice, wheat and most vegetables can be grown in most of the populated parts of our planet and deliver super high yields, if we just change the mindset and invest in the infrastructure and technology needed.

In a recent interview with EURACTIV, lawmakers and stakeholders at the EU all agreed that the current crisis demonstrates the need to focus on building the resilience of food systems within Europe. Local food production made possible through an efficient crop’s economy and precision irrigation is a good place to start ensuring food security.

Often, when we are faced with a challenge, we have to come up with new ways of doing things. Covid-19 has forced countries to examine and change the way that they source food. They have learnt that they must not be too dependent on others for their food supply. At the same time, they have had to learn to deal with the issues that make growing food locally more sustainable. Through precision irrigation growing food locally is sustainable (even with rice!).

We highly appreciate your comments and suggestions!